Dubai A True Blend Of Fun And Exposure 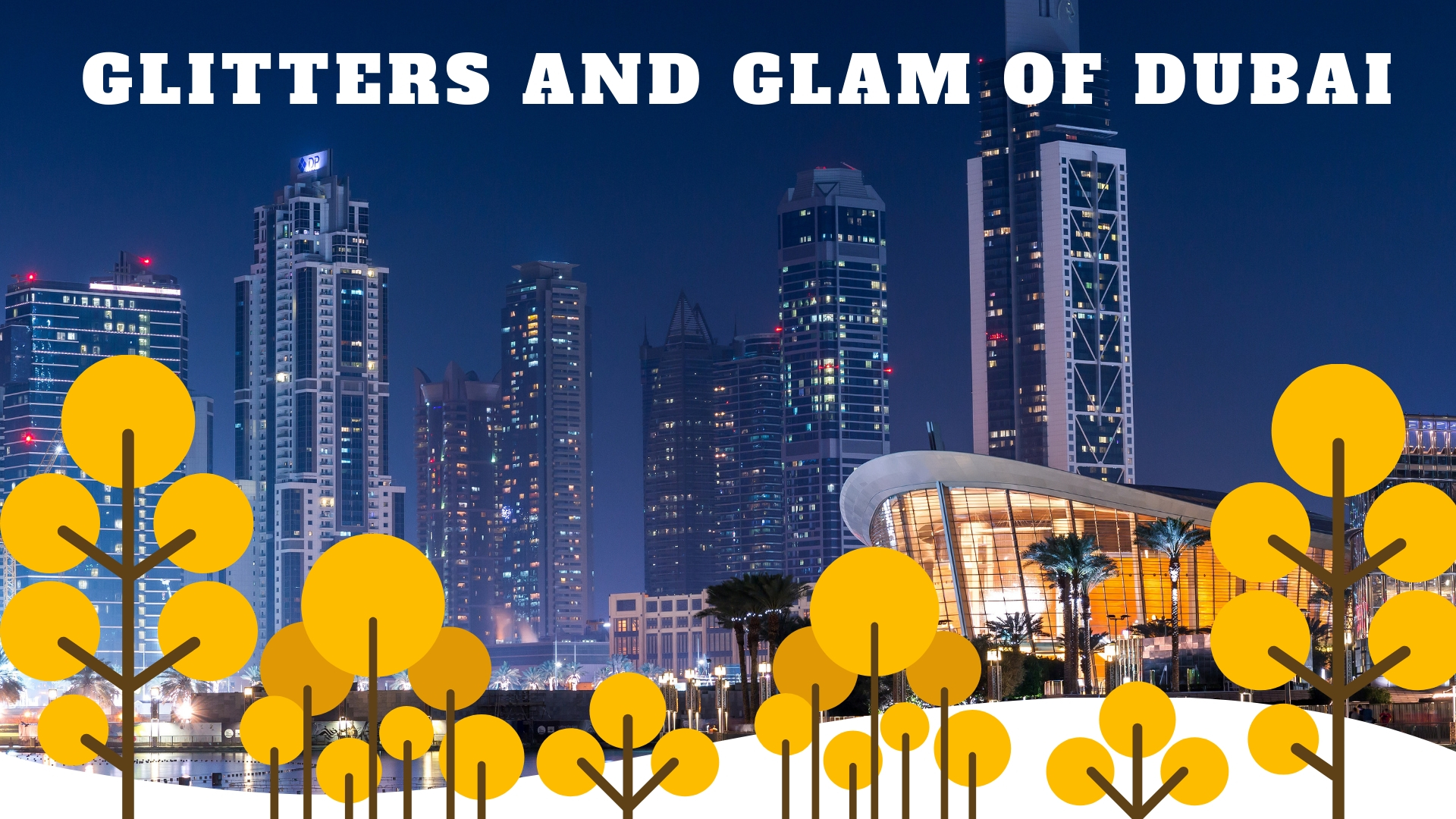 In the 19th century, Dubai was considered for fishing, sea trade and pearling. It was taken by the few members of tribe Bani Yas and controlled by Maktoum family at the mouth of the creek.

20th century, was remarkable in the progress of Dubai. After the death of his father, Sheikh Rashid become the rule. In his era, Dubai started to develop. He was ambitious and visionary. Dubai was considered a thriving port. The creek began to build up. The shouq in Deira became the attraction of many investors and traders as it was the most massive coast with 350 ships. So, by the time, Its population increased by expatriates.

Later oil was exposed. It was also a great achievement towards success. Sheikh introduced new projects and started development in Dubai. He worked on the betterment of schools, universities, hospitals, roads, and advanced telecommunication modes. This step was considered frenetic in progress. Dubai international airport was rebuilt,and terminal buildings were introduced for the very first time. At Jebel Ali, the largest artificial harbour and a free zone around the port was constructed.

Later in the 1970s, Dubai, Abu Dhabi, Ajman, Sharjah, Fujairah, Umm Al Quwain, and Ras Al Khaimah, united to form the United Arab Emirates. The UAE was renown as the richest country around the globe.

In the 1990s, Dubai emerges as an international tourism destination. By a recent survey, it is concluded that about 85% population of Dubai is expats and 15% are Emirati.

Traditions and Trends of Dubai:

Islamic traditions are rooted in Dubai culture, and it was borrowed from the UAE national’s style. Some are still very protective of their traditions and culture. The Arabic language is the official language of the country, but at workplaces, English is preferred.  Officially practicing religion is Islam. In Dubai, there are many mosques,and you can frequently hear the Azaan or call for prayer. Dubai is also welcoming those who don’t practice Islam.

Dubai is the Only City which also accommodates worship places for different religions, i.e. Churches, Hindu temples, and gurudwara.

People of Emirate prefers to wear traditional dresses. Most men wear Dishdasha or Kandura with Thawb or Kufiya and Aqal. Emirati women prefer to wear traditional abaya with hijaab. Visitors and expats should dress accurately. When they are around the city dresses should be worn to cover below the knee. In private places and beaches, they can wear whatever they want to wear.

Motexha Textile Show in November attracts textile lovers around the globe. Exhibitors and shoppers make their way to Dubai for the largest textile annual fairs.

Dubai Rugby sevens in December held to entertain fans of Rugby. Sixteen international teams across the world compete for the trophy. For exhilarating the IRB Sevens series, Dubai plays host to the first round. Throughout three days, visitors are well entertained by many organized events and shows.

Dubai shopping festival in January and February attracts many tourists around the globe to get entertainment and discounts on varies categories like clothing, jewellery, electronics and many others.

Dubai International Jazz festival in February is held to entertain different visitors from the world. This festival held at Dubai Media City for three days. It is considered as the longest music festival around the world.

Art Dubai in March held to attract artists to participate and show the traditions and culture of their regions. Visitors and artist travel to meet on a platform to represent its country.

Things to do in Dubai:

Dubai is well known for its luxurious lifestyle and tourist destinations. If you are in Dubai, then you are many things to do in this magnificent city. In this blog, I am going to give new dimensions to visit this beautiful vibrant city and fascinating Places. Travelling to Dubai will be fun for all age groups. It’s luxury shopping malls, lively nightlife, a theme park for kids and modern architecture and culture can attract anyone.

Palm Island the masterminds of Dubai in 2001 to impress the visitors and tourists by artificial archipelagos. This human-made Island is in palm shape. It has a trunk and seventeen fronds which are surrounded by approx. — 7-mile long crescent shape island which connects to Atlantis.  Mostly visitor approach mainland Dubai via monorail and an underwater tunnel joins the crescent by topmost frond to access Palm Jumeirah.

Blue waters area great invention by Nakheel and opening by late 2019 with an observation wheel. It has the world largest wheel, Ain Dubai. Masterminds aim to make it world famous tourism hotspot for families. It will have luxury hotels and resort, townhouses, prime beaches and apartment.

Landmarks and skyscrapers are great attractions for visitors. The masterminds of Dubai illustrate it as a world modern city and best commercial center by its architecture. This city has sky piercing landmarks and gleaming skyscrapers. Dubai had the world tallest buildings like Burj Khalifa, tallest hotels like JW Marriot Marquis, tallest residential areas like princess tower, the tallest mosque like The Grand Mosque, and tallest towers like Emirates Tower.

Ski Dubai located in Mall of Emirates and offer a variety of activities to get wintry adventures. It is the very first indoor artificial snow park in this city. It had snow slides, ice caves, giant zorbing ball, mountain thriller rides, ice café and many more. They will entertain you with many activities and give you a chance for snowball fighting, ski, snow bullet, penguin encounter, toboggan, snowboard, and chairlift ride.

Musandam tour from Dubai is for those who want to discover the roots of this region curiously; then it will be a must to see destination. The significant attractions of this place are Bedouin tent with a campfire, Arabian tea’s hot piping, artistic exhibitions, traditional shopping, Arabian henna, Museum at Heritage Village.

Shark Slides in Dubai has the top-notch attraction of visitors because of it’s hilarious water slides and rides. It had activities for all group of people. Even infants can enjoy the kid’s area. The most daring slide is “Leap of Faith” carries you through a transparent tube surrounded by sharks.

Dubai Safari location is close to the city for about less than half an hour. Sandy landscapes surround these deserts with different attractive, fun activities to entertain visitors. Sand dunes Dubai is considered a hilarious experience with 4×4. You are entirely wrapped around the sand. Quad biking and Ski Dubai is also a very entertaining experience for better experience book your tour with desert safari rides. Desert Safari is also safe and fun for the whole family. Entertain you with wildlife and other different activities like safari rides. In Dubai, visitors are also entertained with Arabian traditional drinks and dinner with music. Tanoura is the cultural dance in which men show their performance, while women are busy to divert their attention from thrilling desert experience with belly dances. Kids have fun by watching stick man and fire shows. These traditions show their rich culture.

Desert Camping Dubai is always the core attraction for visitors and travelers. The best and accessible places for desert camping are Al Dhafra Beach, Al Quadra Lake, Umm Al Quwain beach, Fujairah, Hajar Mountain, Jebel Al Jais, Fossils rock, White sand beach, Khasab, and Al Sayah Plateau-Masundam, Bedouin camps. Bedouins camps are famous for their beautiful camping site. These camping sites offer different activities to gain visitor’s attraction. If you are a nature lover and then all these sites for camping will help you to explore nature. The birds, flamingo, falcons, swans, fish, camel are busy to seek the attention of visitors to admire the beauty of nature. This thrilling camping experience will be forever in your good memories. It will help you to understand different cultures and traditions keenly.